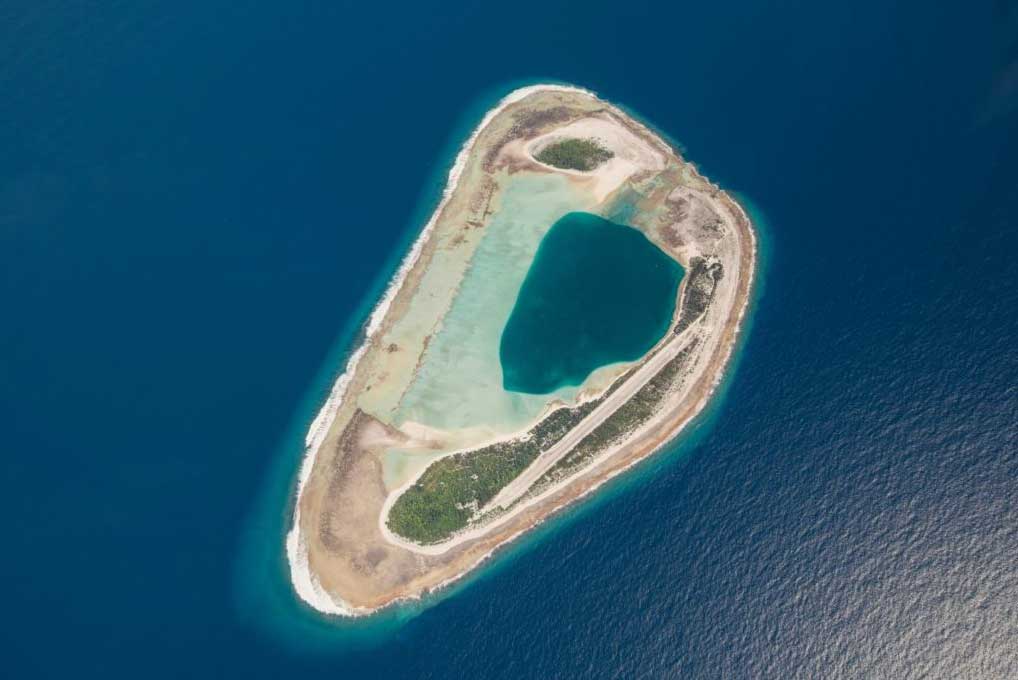 Nukutepipi is an atoll in French Polynesia, Pacific Ocean. It is part of the Duke of Gloucester Islands, a subgroup of the Tuamotu group. Nukutepipi’s nearest neighbor is Anuanurunga, which is located about 22 km to the WNW.

Nukutepipi is a very small atoll. It is roughly triangular-shaped, measuring approximately 2.7 km in length. Its reef is quite broad, enclosing completely the small lagoon, which has a deep area at its centre. There are two relatively large islands on its reef, one on its eastern side and the other on the northwest.

Nukutepipi Atoll was once inhabited but is currently not. It has a small airfield which was inaugurated in 1982. It is now owned by Cirque du Soleil’s Guy Laliberté.